The very nature of working in IT forces IT pros to make efficient use of resources.

Modern IT departments are often under-staffed and under-budgeted, and there is enormous pressure for those working in IT to do more with less. This can be especially true when it comes to data backups.

Backups can be thought of as an exercise in resource management. It's important for an organization to protect all of its data, but at the same time there is a direct cost associated with the backup process. A few examples of these costs include things like cloud storage use, Internet bandwidth consumption, backup media storage and retention. Therefore, backup administrators try to strike a balance between protecting the organization's data and trying to avoid excessive costs.

With that in mind, think about what's involved in protecting an organization's Office 365 data. Office 365 is made up of numerous individual applications (the actual number varies depending on the plan that you have subscribed to). Every one of these Office applications is able to create data.

Even so, I think that there is a natural tendency for people to only back up the applications that they are actually using. For example, I have had people tell me that they don't worry about backing up SharePoint Online because they don't use it.

While the idea of only backing up what you use seems logical enough (especially in light of the backup costs), not backing up all Office applications in any way could be a big mistake. Let me take a step back, and I will explain why that is.

As I mentioned, Office 365 is made up of lots of different applications. However, backup vendors usually only design their products to protect a few specific applications -- namely Exchange Online, SharePoint Online and OneDrive for Business. Have you ever stopped to think about why that is?

I have to admit that for a long time I assumed that Microsoft hadn't created APIs that would allow backup vendors to back up applications such as Planner or Stream. Even so, I wondered why the backup vendors hadn't gone rogue and come up with their own roundabout methods for protecting the data associated with these applications. Such methods might not necessarily be officially sanctioned by Microsoft, but there are ways of extracting data from some of the Office 365 applications. So why don't the backup vendors do that?

One of the Office 365 apps that I use most often is Planner, which is admittedly one of the more obscure Office 365 applications. For those who might not be familiar with Planner, it is a lightweight project management application. I use it to keep track of my writing assignments. At any rate, none of the backup vendors support backing up Planner, at least not that I know of.

However, Planner -- or at least the important parts of it -- can be protected indirectly by backing up other Office 365 applications.

When you create a plan in Planner, Office 365 creates a group that becomes associated with that plan. This group is exposed through Exchange Online (under Recipients | Groups). The group is even assigned an e-mail address. If you look at Figure 1, you can see that I have created a plan called Sample Plan. 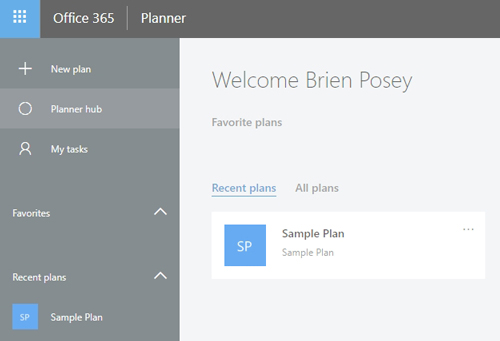 Figure 1: I have created a plan called Sample Plan.

You can see the plan's group within Exchange Online in Figure 2.

Figure 2: Planner has created a Sample Plan group that is exposed through Exchange Online.

The data that is associated with Planner is actually stored in SharePoint. You can see my sample plan's site contents in Figure 3.